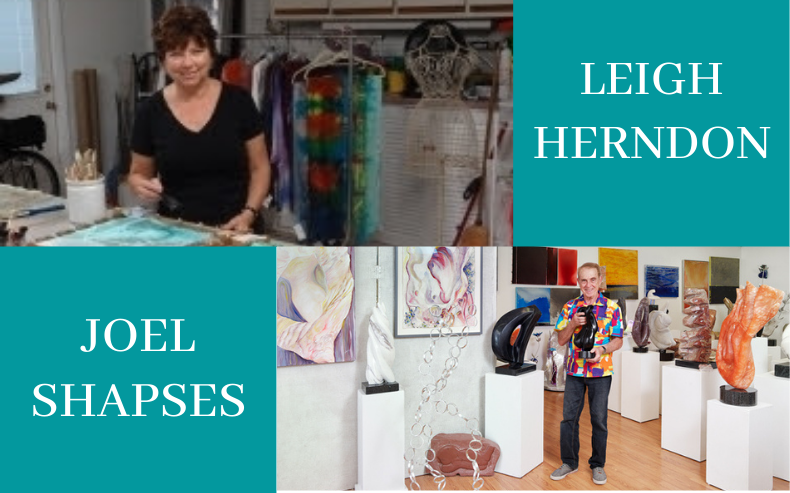 Joel Shapses was born to sculpt. By the time that he earned a Bachelor of Arts degree in Biology from C.W. Post College in 1967 and a Doctor of Dental Surgery degree from Temple University in 1971, Joel had harnessed his exceptional talent and honed his craft impressively. His remarkable skill as a sculptor was recognized during his doctoral studies by anatomy professor Charles Santangelo (who saw it firsthand via the anatomical sculptures Joel produced in his anatomy courses), as well as by renowned sculptor and distinguished professor, Alfred Van Loen. Joel says that he started sculpting in college as a student in a class for non-art majors and fell in love with it. He entered dental school and practiced dentistry for 40 years; but since sculpture was his “first love,” he continued to sculpt and had a dual career in dentistry and sculpture. “When I began sculpting stone by hand,” Joel explains, “I used [a] hammer and chisel; but since I now work with hard marbles, granite, and onyx, I used [sic] power tools with diamond accessories.” Even though most of Joel’s sculptures have been of stone, he does work with different mediums to create his abstract pieces. “I’ve always liked the feel and energy of stone as my first choice,” Joel shares, “but now fused glass and aluminum are catching my creative juices.” His favorite sculptors are Jean Arp, Henry Moore, and Barbara Hepworth. Joel has lived in South Florida since the early 1970s. He retired from dentistry and relocated from Fort Lauderdale to Naples in 2006, where he has focused on his artistic passion, continuing to work as a professional sculptor. He enjoys listening to classical music (which he notes helps him to create) and caring for his pet dog. Check out Joel’s extraordinary sculptures online or at one of his two Florida workspaces, including his Shirley Street studio and gallery in the Naples Art District.

Artist Leigh Herndon is known for creating paintings on silk or designing original one-of-a-kind washable silk wearable art. She grew up in Montana and earned a BFA in Art from the University of Montana. Later, she earned an MFA in Fibers from Southern Illinois University. Leigh enjoys dyeing and painting fabrics, especially to design wearable art—Leigh’s particular fabric of choice is silk which she dyes in shades she mixes herself to create everything from kimonos and ruanas to scarves, capes, and sarongs. She loves layering transparent dyes on fabric through the process of batik, shibori, or rozome which she learned after earning her MFA in Fibers—she says, “It was an instant love affair with hot wax and dyes when I first encountered batik and rozome because of the amazing textures possible with wax and the joyous blending of colors with dyes.” Leigh uses a variety of tools in her work. “The most important waxing tool is a Japanese brush that looks like a sumi brush and can produce both thick and thin lines responding to pressure,” she notes. She loves color and says that Japanese kimono artist Itchiku Kubota is the most inspiring artist she has ever known. “I admire his amazing use of color in his many views of Mt Fuji on silk kimono.” She is also greatly inspired by nature; her kayaking trips in the Everglades are a major source of her creative vision. See Leigh’s work online any time, or by visiting the studio and gallery in the Naples Art District where she creates her beautiful art.

The Naples Art District (NAD) provides a place for professional artists to create and share their work with the wider world. NAD boasts the largest concentration of working artists in Southwest Florida and accommodates studios and galleries that are open to the public. Member artists of the District offer educational opportunities and present special events in the community to celebrate the fine arts. Visit NAD online to view a calendar of events, classes, and workshops offered by the artists. Please contact the Naples Art District online or by phone at 239-249-1977 for more information, or if you have any specific questions about the District.